Comments Off on Chart: China October Holiday Tourism Slips further in 2021 Posted by hku68eng on October 14, 2021 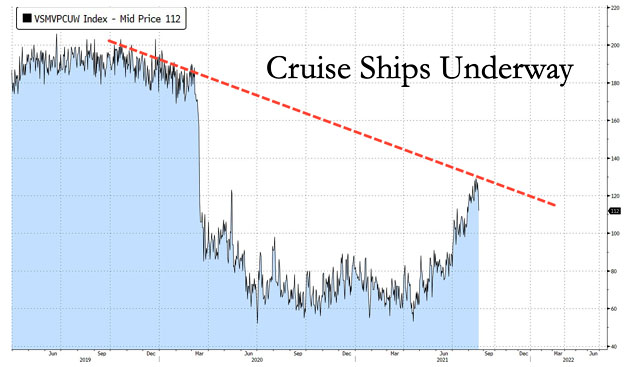 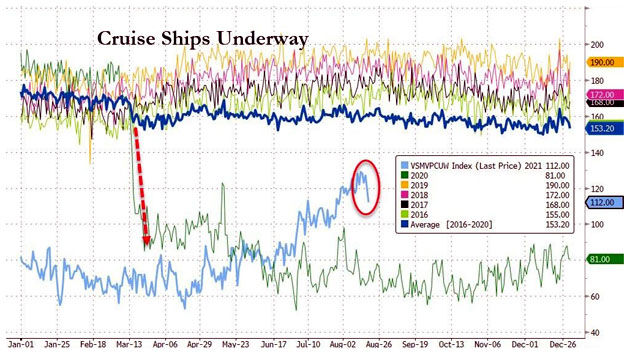 CDC updated the notice to recommend travelers who are at increased risk for severe illness avoid cruise ship travel, regardless of vaccination status.

Chart: International Travel Goes From Bad to Worse in Early 2021

Comments Off on Chart: International Travel Goes From Bad to Worse in Early 2021 Posted by hku68eng on August 21, 2021 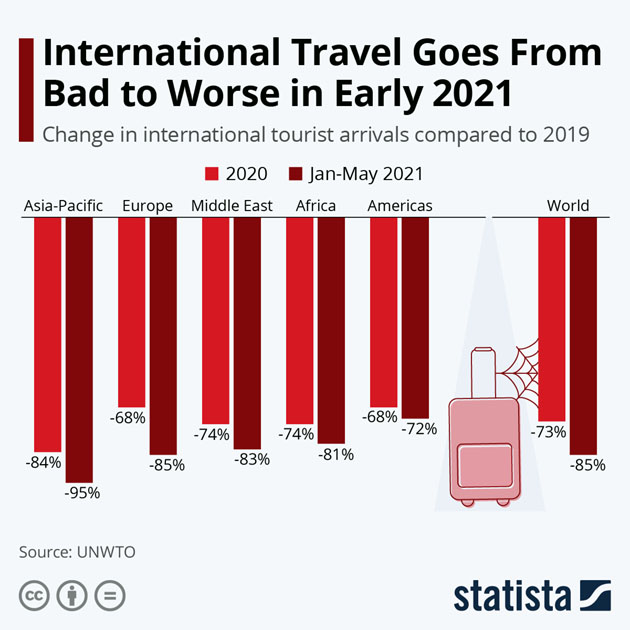 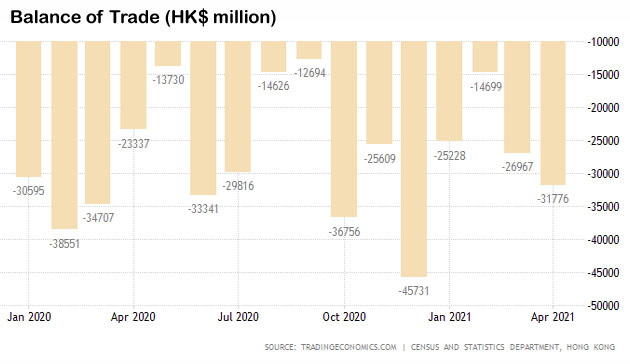 Comments Off on Tiny Palau Pins Hopes on Taiwan Travel Bubble to Help Virus-wrecked Tourism Posted by hku68eng on March 30, 2021 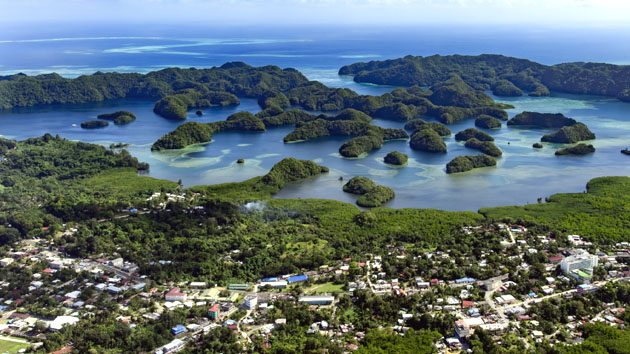 Palau is looking forward to opening a travel bubble with Taiwan to help its wrecked tourism industry recover, its president said on Tuesday, offering an economic boost to the strategic Pacific region where China is tussling for influence with loans and aid.

Palau, one of only 15 countries to maintain formal diplomatic ties with Chinese-claimed Taiwan and also a staunch U.S. ally, all but closed its borders last year to keep COVID-19 out despite the economic cost, and has never recorded a case.

Meeting Taiwan President Tsai Ing-wen in Taipei ahead of Thursday’s opening of the travel corridor, Palau President Surangel Whipps Jr. said that with U.S.-provided vaccines being rolled out in his archipelago nation of fewer than 20,000 they were ready to play host to Taiwanese.

“We’ve gotten a shot in our arm with the vaccine; by allowing the tourists to come in you give us a shot in the arm for our economy,” Whipps said.

“And that’s very important because as you know many of our people are out of work because we’re very much dependent on tourism.”

Taiwan has the pandemic well under control at home with only 33 active cases, giving Taipei the confidence to allow the bubble. Palau is less than four hours by plane from Taiwan.

Whipps’ trip coincided on Monday with renewed Chinese air force activity near Taiwan, after Beijing rebuked Washington for the presence of the U.S. ambassador to Palau, John Hennessey-Niland, as part of the president’s delegation.

Speaking earlier on Tuesday, the ambassador said it was a “special privilege” to be in the delegation.

“I know that here in Taiwan people describe the relationship between the United States and Taiwan as ‘real friends, real progress’. And I think that description applies to the three countries – the United States, Taiwan and Palau,” he added.

The Pacific is the site of a diplomatic tug-of-war between Beijing and Washington, and in 2019 China snatched away two of Taiwan’s allies there, Kiribati and the Solomon Islands.

The United States has accused China of practicing “debt trap diplomacy” in the Pacific, which Beijing denies.

COVID Vaccination May be Required Before Every Foreign Holiday, Say Scientists

Comments Off on COVID Vaccination May be Required Before Every Foreign Holiday, Say Scientists Posted by hku68eng on February 26, 2021

A coronavirus vaccination may be required before every foreign holiday under an international system of vaccine passports, experts have said.

The Oxford University team behind a new report believe uncertainty over how long vaccines confer immunity and how well they stand up against new Covid variants could prompt countries to demand proof of a recent vaccination for overseas travellers.

They believe that, overall, a system of vaccine passports is “feasible” but that a lack of uniform international standards means one should not yet be introduced.

In a report, published on Friday in the Royal Society journal, the scientists said more information is needed on the effectiveness of coronavirus vaccines in preventing infection and transmission, as well as duration of the protective immunity they provide, in order to establish how long a passport might be valid.

In recent days, government ministers have indicated that they would co-operate with a system of vaccine passports if it allowed Britons to travel abroad.

However, they have said there are no plans to introduce a domestic regime that could regulate whether people get entry to public spaces such as pubs or cinemas.

Christopher Dye, professor of epidemiology in the Department of Zoology at Oxford and one of the lead authors on the report said: “An effective vaccine passport system that would allow the return to pre-Covid activities, including travel, without compromising personal or public health, must meet a set of demanding criteria – but it is feasible.

“If we thought that the duration of protection was just a matter of months, then the sort of criteria that might be introduced – we’re not saying they should be – is that when one travels internationally for a short trip, going on vacation for example, that one is vaccinated each time on that occasion for that particular trip.”

The researchers stressed that a “broader discussion” was needed about some key aspects of the document, such as the need for legal and ethical standards alongside conversations about data privacy.

Prof Melinda Mills, the director of the Leverhulme Centre for Demographic Science at Oxford and another lead author, said: “Understanding what a vaccine passport could be used for is a fundamental question – is it literally a passport to allow international travel or could it be used domestically to allow holders greater freedoms?

“The intended use will have significant implications across a wide range of legal and ethical issues that need to be fully explored and could inadvertently discriminate or exacerbate existing inequalities.

“International standardisation is one of the criteria we believe essential, but we have already seen some countries introducing vaccine certificates related to travel or linked to quarantine or attending events. We need a broader discussion about multiple aspects of a vaccine passport, from the science of immunity through to data privacy, technical challenges and the ethics and legality of how it might be used.”

The report sets out 12 key points that need to be satisfied in order to deliver a vaccine passport. These include the stipulation that the passports have defined usages, with safeguards against data being used for ancillary purposes.

Comments Off on In Pictures: 中國東北“千里冰封，萬里雪飄”美景 Posted by hku68eng on February 12, 2021 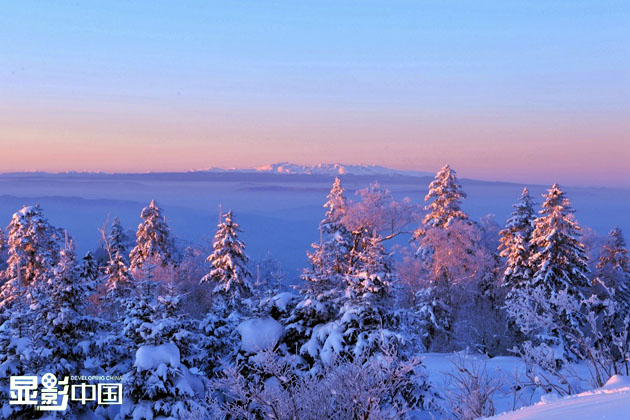 Microsoft, Salesforce, and Oracle are Working on Digital Vaccination Records

Comments Off on Microsoft, Salesforce, and Oracle are Working on Digital Vaccination Records Posted by hku68eng on January 19, 2021

A coalition of health and tech companies, which includes Microsoft, Salesforce, and Oracle, is working on an initiative that aims to make it easier for people to access their COVID-19 vaccination records digitally. As people are beginning to get vaccinated against COVID-19, they may need to prove that they’re vaccinated so that they can return to work, school, or to travel, and having an easily accessible digital vaccination record could help with that. The coalition is calling itself the Vaccination Credential Initiative (VCI).

“VCI’s vision is to empower individuals to obtain an encrypted digital copy of their immunization credentials to store in a digital wallet of their choice,” according to a press release. If you don’t want to use a smartphone, you could receive papers with QR codes containing similarly verifiable credentials.

VCI says it is working to make the credentials using the SMART Health Cards specification, which is designed to let people store immunization or lab results in a digital wallet. (More information about the specification is also available on GitHub.)

But VCI’s press release doesn’t provide a timeline as to when organizations administering COVID-19 vaccines will be able to make these records, so it’s unclear when you’ll be able to actually add one to a digital wallet. And with people in the US already receiving paper cards recording when they get their COVID-19 vaccines, it’s unclear how those records would transfer to VCI’s digital standard, if they can at all.

Another hurdle could be getting health centers to participate, as some providers may have more resources to incorporate these credentials into the vaccination process than others would. And there are also ethical questions about whether a person who can prove they are vaccinated should have more freedoms than someone who is not.

VCI isn’t the first coalition to consider a digital COVID-19 vaccination record. Similar efforts are modeling themselves on existing vaccine documents already required by some countries for entry. (These document vaccinations for diseases like yellow fever or polio.) One effort, by Estonia and the World Health Organization, began developing a digital COVID-19 vaccine certificate in October.

The Hong Kong Tourism Board Announced Total Visitor Arrivals in 2020

Comments Off on The Hong Kong Tourism Board Announced Total Visitor Arrivals in 2020 Posted by hku68eng on January 15, 2021 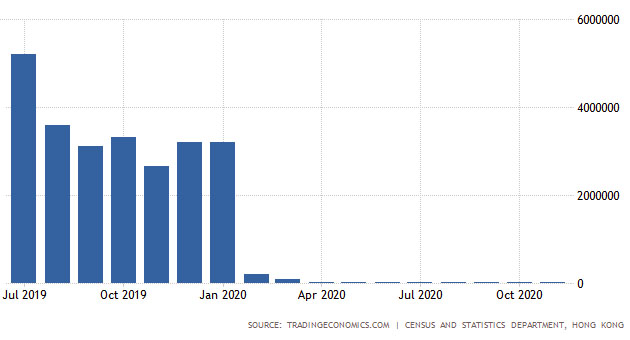 Arrivals in January 2020 alone accounted for the majority of the annual total. As COVID-19 started to spread around the world in February, Hong Kong limited entry to overseas visitors and introduced stringent quarantine measures from mid-March onwards. Most people arriving in Hong Kong thereafter were visiting family members or travelling for other essential reasons, reducing the number of tourists to almost zero.