What Does The Yuanization Of The Russian Economy Mean For The Dollar? 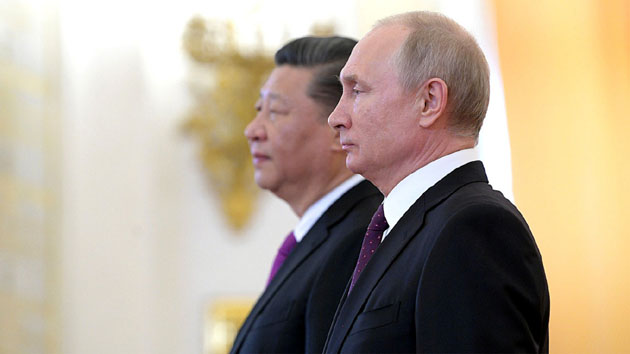 On September 12, Russian President Vladimir Putin stated that, given mounting economic sanctions, full “de-dollarization” of the Russian economy is only a matter of time. Putin`s remark was preceded by a statement from Russian Deputy Finance Minister Alexey Moiseev, who argued that “Russia no longer needs the US dollar as a reserve currency.” Instead, Russia must accumulate funds in currencies of so-called “friendly countries,” such as the Chinese yuan, which is playing a key role in this regard. The idea of departing from the US dollar as a reserve currency is by no means new to Russia: It was first entertained in the 1990s. By 2018, Moscow had devised a “plan on the de-dollarization” of its economy. Prior to the outbreak of Russia`s war against Ukraine on February 24, Dmitry Medvedev stated that, if the Kremlin`s operations with US dollars were to be restricted, Moscow could fully switch to the yuan and euro instead. However, following Russia`s attack on Ukraine, the United States, the European Union, and other large economies have effectively barred Moscow from using their national currencies. As a result, aside from the Turkish lira, the United Arab Emirates` dirham and the Indian rupee—each of which cannot be fully relied on due to a number of factors—Russia has been reduced to the use of the yuan as an alternative reserve currency to the US dollar and euro.

Growing popularity of the yuan in Russia reached an intermediary zenith in August 2022, when sales of the Chinese currency skyrocketed. Importantly, business giants, including Rosneft, Rusal, Polus and Metalloinvest, dramatically increased their investments in yuan bonds. As stated by Alexander Frolov, deputy director of the National Energy Institute, it makes perfect sense for Rosneft (and other resource-producing companies) to strengthen cooperation with the Chinese side via increasing the yuan’s use in their operations.

Yet, while many Russian experts and officials are applauding the decision to increase the yuan’s use in financial operations, other experts and officials share serious doubts and concerns. For instance, during the Moscow Financial Forum, Russian Minister of Finance Anton Siluanov and Maxim Oreshkin, current economic adviser to Putin, disagreed on the yuan’s role as a reserve currency. While the former stated that currencies of foreign “friendly countries” should become a key factor in diversification of assets, the latter disagreed, arguing that all monetary reserves must remain in Russia’s national currency. Interestingly, even one of Russia’s main proponents for “de-dollarization,” Andrey Kostin, chair of the VTB Bank management board, speaking at the Eastern Economic Forum (September 5–8) in Vladivostok, argued that, while there are many positive aspects related to the use of the yuan, other negative aspects reveal the risks of overreliance on the Chinese national currency, which is stipulated by “distinctive features of Chinese financial legislation”.

From his side, well-known Russian economist Stanislav Mitrakhovych indicated three main risks Russia could face when increasing reliance on the yuan. First, the Russian Federation does not have the necessary skills and infrastructure to work with the Chinese currency. Although manageable over the long term, for now, the Russian financial system is ill-equipped and largely unprepared for the challenges of relying more on the yuan. Second, a high level of nonmarket regulations will make the process incredibly difficult. Unlike Russia’s previous experience of dealing with foreign currencies—both the US dollar and euro are currencies of free-market economies—the yuan’s price is regulated by the Chinese state. Thus, when in need, Beijing can easily manipulate the price of the yuan (say, to create favorable conditions for foreign trade). This could leave Russia as a “hostage” to Chinese interests. Third, despite China’s growing trade power and economic might, the yuan has not yet become a fully independent currency, remaining tight to other leading global currencies. Thus, it should be remembered that—at least in the short term—the yuan will still be tight to the US dollar, meaning that the Chinese national currency might become an excellent investment tool for the future. For now, however, “making a bet solely on yuan could be a risky enterprise”.

Other Russian economists have also drawn attention to the fact that operations with the yuan could pose multiple risks. For instance, even ultra-conservative Russian information outlets have argued that the People’s Bank of China (PBC) could easily devalue China’s national currency, which could result in serious challenges for Beijing`s partners who are investing in the yuan. Thus, despite its decreasing volatility, the yuan remains a somewhat challenging investment tool, whose exchange rate is almost fully dependent on the PBC. Interestingly, now—only after Russia was barred from operations with the US dollar and euro—Russian economists are starting to realize that it is much safer and more beneficial to work with transparent reserve currencies. For instance, Sofia Donets, an economist at Renaissance Capital specializing on Russia, complained that, if before, Russian economists and finance experts could easily access and read all regulations in “plain English,” now, working with the Chinese side, regulations are opaque and unclear.

In truth, some of the challenges feared by Russian economists and finance experts regarding Russia’s growing involvement with the yuan are coming true. The Russian side has been compelled to admit that Moscow’s inquiry to China to strengthen their partnership in the realm of financial cooperation has not been strongly supported by Beijing. In effect, Chinese authorities are unwilling to change domestic regulations to allow its investors to operate with Russia-issued bonds. Instead, China is more comfortable with foreigners investing in its so-called “panda bonds,” which are sold only in the internal Chinese market. Moreover, Russian experts fear that, with 17 percent of foreign exchange reserves in yuan, the Kremlin will not be able to pull money promptly when needed, thereby becoming trapped by China.

Currency USD, Yuan
← Chart: The Letters of Economic Recovery Infographic: World Cup in Qatar – The Most Expensive Ever →