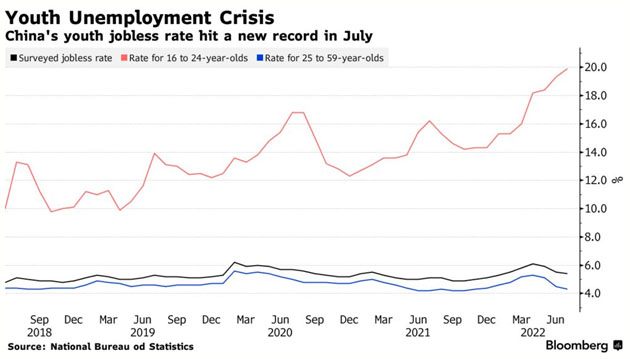 It’s the fourth consecutive month of record high unemployment among urbanites from 16 to 24 years old, with the rate increasing 0.6 of a percentage point from June. 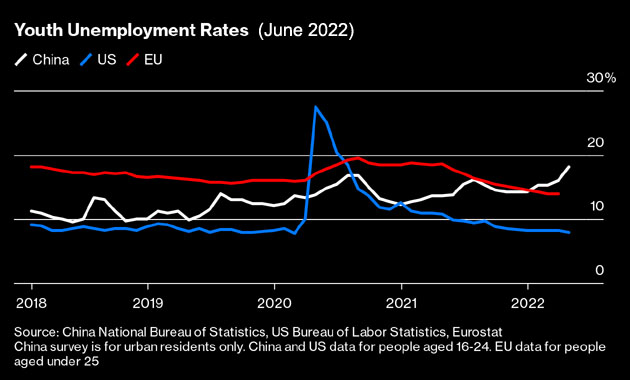