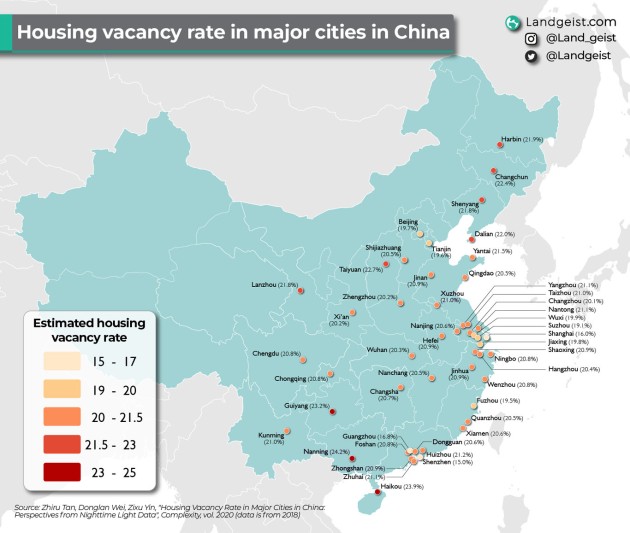 The average housing vacancy rate in China’s 28 major cities reached 12%, higher than the average rate in the U.S., Canada, France, Australia and Britain, according to a report issued Friday by Beike Research Institute, the research arm of KE Holdings.

The research covered 30,000 residential complexes in 28 of China’s largest cities, tallying housing units that remained vacant for more than three months. Unfinished and unsold properties were not included, according to Beike.

Why it matters: A low housing vacancy rate is usually an indicator of greater room for property market growth. A reasonable rate should lie between 5% and 10%, Beike said. Below that range, there is strong demand for housing and high potential demand. Higher vacancy rates signal excess housing supply, it said.

When the expectation of a decline in housing prices is strong, a large number of vacant houses may enter the market and lead to a surge in supply in the short term, aggravating the imbalance between supply and demand and further pushing down prices, according to the report.

Housing, News, Opinion China
← Music Video: You’re The One That I Want How to Admit You’re Wrong →