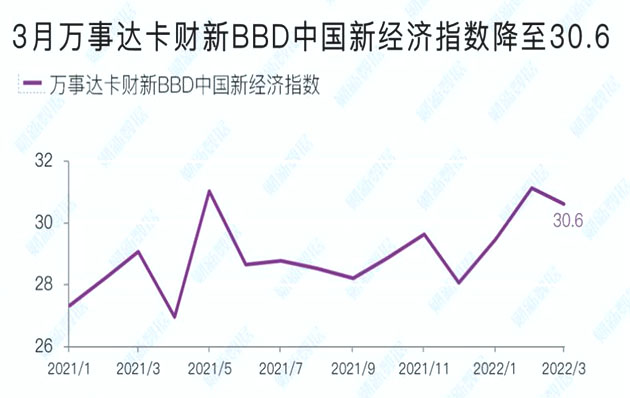 The contribution of high value-added industries such as biotech to China’s total economic inputs contracted in April from the previous month due chiefly to a drop in capital inputs, a Caixin index showed.

The Mastercard Caixin BBD New Economy Index (NEI) came in at 28.8 in April, indicating that new economy industries accounted for 28.8% of China’s overall economic input activities. The reading was down from 30.6 in March.

The NEI uses big data to track the size of China’s nascent industries. It measures labor, capital and technology inputs in 10 emerging industries relative to those used in all industries.