Comments Off on Humour: News in Cartoons Posted by hku68eng on April 27, 2022 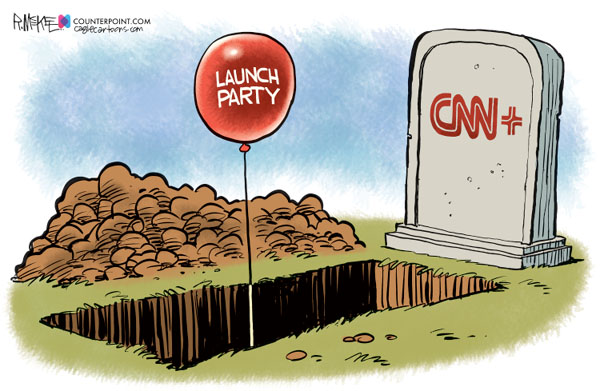 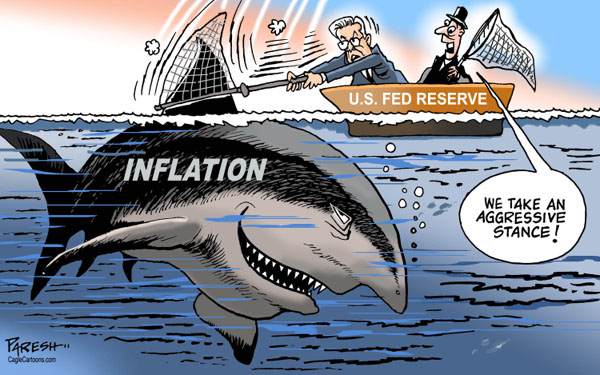 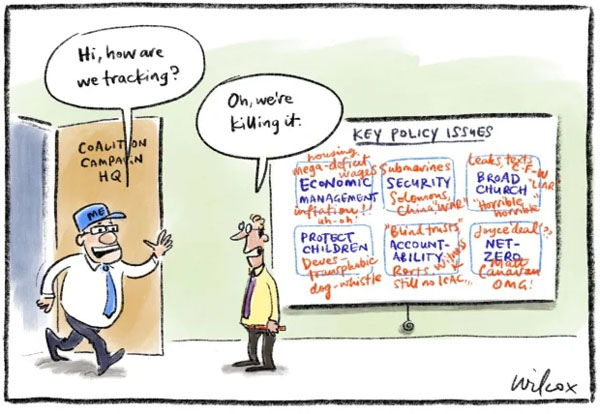 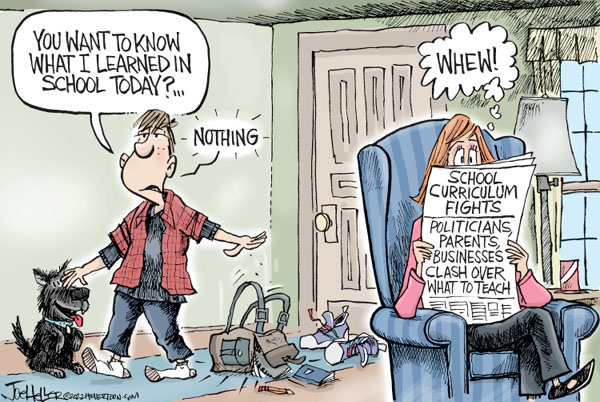 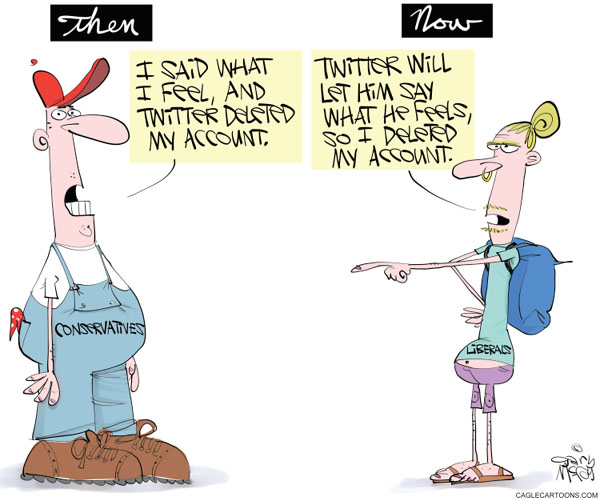 Indonesia Stuns Markets As It Widens Ban to Include CPO, Refined Palm Oil

Comments Off on Indonesia Stuns Markets As It Widens Ban to Include CPO, Refined Palm Oil Posted by hku68eng on April 27, 2022

Indonesia widened the scope of its export ban on raw materials for cooking oil to include crude and refined palm oil, its chief economic minister said on Wednesday, leaving markets in shock over the latest policy reversal.

The announcement flipped the minister’s statement a day earlier, in which he had said the export ban would only cover refined, bleached, and deodorized palm olein.

The change was “in line with the president’s decision and after taking into account the feedback and views from the people,” Airlangga Hartarto said in a short statement.

“Once domestic needs have been met, of course I will lift the export ban because I know the country needs taxes,…foreign exchange,…a trade balance surplus, but meeting the people’s basic needs is a more important priority,” he said.

Jokowi, as the president is popularly known, said Indonesia has enough capacity to meet domestic demand and it was “ironic” that the country is facing cooking oil shortages.

Palm oil markets have been jittery ahead of the ban and Indonesia deployed navy ships and personnel in an effort to thwart illegal shipments.

The new rules were due to take effect at midnight local time (1700 GMT), and the navy and other agencies had been instructed to step up patrols of Indonesian waters to ensure compliance, said navy spokesperson Julius Widjojono.

Palm oil futures on the Malaysia exchange surged by 9.8% on Wednesday, as some market participants feared exporters in Indonesia, the world’s biggest palm oil producer, could not get their products onboard vessels in time before the ban starts.

US soyoil futures jumped more than 4% to a record high after Indonesia extended ban to include CPO.

It was unclear if palm oil companies had been informed of the latest policy change.

Industry sources and traders, who requested anonymity because of the sensitivity of the issue, said they were shocked by the latest development.

“It’s a drastic measure to rein in the prices and we hope it has the intended effect within a short period, and avoid hurting the industry,” a palm industry source said.

“This is crazy. We are paying a price for Indonesia policy flip-flops. Every vegetable oil is going through the roof. Securing supplies of any vegetable oil for May shipments is a challenge,” said a New-Delhi based dealer with a global trading firm.

A trade ministry regulation issued on Wednesday said exporters who have secured customs declaration by April 27 at the latest can still ship their products.

The export ban will be reviewed monthly or as often as needed, the regulation added.

Eddy Martono, secretary general of the Indonesia Palm Oil Association (GAPKI), earlier on Wednesday said the industry was trying to “operate as usual while continuing to monitor market movements”.

Eddy said that with such short notice on the ban, first announced by President Joko Widodo on Friday evening, there was no way exporters could rush their products out.

“Its impossible to get a vessel instantly, everything would’ve been chartered,” he said.

Indonesia’s restrictions have driven up global edible oil prices as supplies were already choked by factors like drought and shortages after Russia’s invasion of major crop producer Ukraine.

Indonesia’s ban on palm oil exports is unlikely to last more than a month due to limited infrastructure to store the surplus oil and because of mounting pressure from buyers to resume shipments, industry officials said. read more

The ban would remain in place until prices of bulk cooking oil dropped to 14,000 rupiah ($0.9720) per litre, Airlangga said.

In Jakarta, bulk cooking oil prices were offered at around 19,000-20,000 rupiah ($1.32-$1.39) on Wednesday and in other regions prices could be higher, Reynaldi Sarijowan, a senior official at the traditional market traders’ association, said.

In Riau province on Sumatra island, small farmers already saw a drastic drop in price of palm oil fruits due to the export ban, local planters said, and they fear that palm oil companies will stop buying from independent farmers.

Charts: The U.S Dollar Index Broke Above the 102 Mark for the First Time Since March 2020 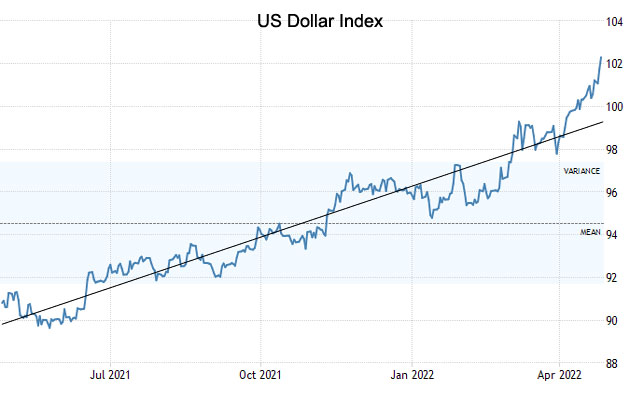 New USPSTF Guidance: Continue to Take Low-dose Aspirin If You Have a History of Heart Attack, AFib, Stroke or Vascular Stenting

Comments Off on New USPSTF Guidance: Continue to Take Low-dose Aspirin If You Have a History of Heart Attack, AFib, Stroke or Vascular Stenting Posted by hku68eng on April 27, 2022

Earlier, the U.S. Preventive Services Task Force (USPSTF) released its final recommendations on low-dose aspirin therapy for the primary prevention of cardiovascular disease in adults: people who have a history of heart attack, atrial fibrillation (AFib), stroke or vascular stenting should continue to take low-dose aspirin, as directed by their doctor. For people who have no history of cardiovascular disease or stroke, low-dose aspirin is not recommended for prevention of heart attack or stroke, particularly for adults with higher risk for bleeding. In consultation with their physician, select middle-aged adults may benefit from low-dose aspirin therapy if they are at high risk for heart attack or stroke due to risk factors such as smoking, hypertension, Type 2 diabetes, high cholesterol or significant family history. The USPTSF is an independent, volunteer panel of medical experts focused on improving the health of people nationwide by making evidence-based recommendations on effective ways to prevent disease and prolong life.

The following statement reflects the views of the American Heart Association/American Stroke Association.

According to the Association’s volunteer President Donald M. Lloyd-Jones, M.D., Sc.M., FAHA, “If you are already taking low-dose aspirin because you have had a heart attack, stroke or stenting or you have a history of AFib, continue to take it as directed by your physician; this new guidance about low-dose aspirin does not apply to your situation. Do not stop taking aspirin without first talking with your doctor.

“The new guidance revising the recommendations on the use of low-dose aspirin strictly applies to adults who have not had a cardiovascular event or any heart disease diagnosis: low-dose aspirin is not appropriate to prevent a first heart attack or stroke in most people. Due to the blood-thinning effects of aspirin, research continues to indicate that for most adults the risk of bleeding may be greater than the number of heart attacks or strokes actually prevented.

“We continue to urge clinicians to be extremely selective when prescribing aspirin for adults without known cardiovascular disease. For example, people with higher risk for gastric or intracerebral bleeding should not take aspirin to prevent a CV event. Aspirin should be limited to only those adults at the highest risk for cardiovascular disease due to the presence and severity of other risk factors, such as smoking, hypertension, Type 2 diabetes, high cholesterol or significant family history, who also have a very low risk of bleeding. Some recent evidence also indicates some people with higher coronary calcium scores, >100 units, indicating higher plaque burden and risk, may also benefit from aspirin therapy if they have no history of prior bleeding.”

Lloyd-Jones, also the chair of the department of preventive medicine and the Eileen M. Foell Professor of Heart Research and professor of preventive medicine, medicine and pediatrics at Northwestern University’s Feinberg School of Medicine in Chicago, stressed the importance of healthy choices for primary prevention of cardiovascular disease, “Various research studies over the past two decades indicate more than 80% of all cardiovascular events may be prevented by healthy lifestyle changes and management of known risk factors (like high blood pressure and adverse cholesterol levels) with medication when needed. Eating healthy foods and beverages, regular physical activity and not smoking are key. The scientific evidence continues to confirm healthy lifestyle habits and effectively managing blood pressure and cholesterol are the top ways to prevent a first heart attack or stroke, not low-dose aspirin. The new USPSTF guidance now aligns with American Heart Association’s 2019 primary prevention guideline. Consult with your doctor and health care team before making any changes in your medications.”

Infographic: How Do Big Tech Giants Make Their Billions?

Comments Off on Infographic: How Do Big Tech Giants Make Their Billions? Posted by hku68eng on April 27, 2022