Chart: China’s Fiscal Deficit Back Below 3%

Comments Off on China Loosens Fiscal Policy to Support Slowing Economy Posted by hku68eng on March 17, 2022 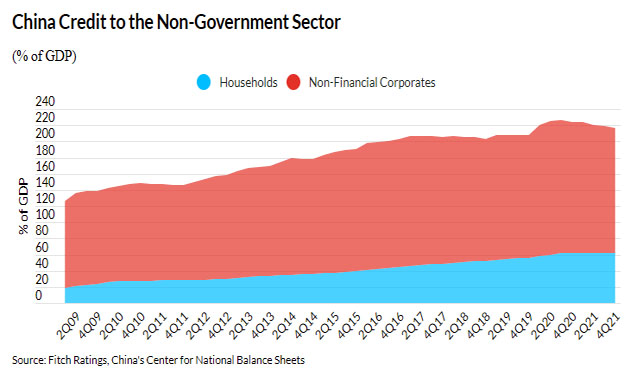 The authorities set a real GDP growth target of around 5.5% for 2022 at the March annual session of China’s legislature, the National People’s Congress (NPC). However, we think it will prove challenging to meet given the continued drag from a property slowdown and a less favourable global backdrop for exports. Growth slowed to 4.0% yoy in 4Q21, and Fitch’s baseline forecast is for the economy to grow by 4.8% in 2022.

We expect China will adhere to its strict Covid-19 approach this year, despite a recent rise in local cases. Officials at the NPC highlighted a goal of preventing inbound cases and domestic outbreaks by strengthening epidemic controls in port-of-entry cities. Disease control measures could pose risks to growth, particularly if there is a large outbreak, as is occurring now in Hong Kong.

We do not expect the Russia-Ukraine conflict to pose major risks to China’s growth outlook, though it will push up import prices for key commodities, including oil. However, China’s geopolitical positioning in the crisis could further strain its relations with western democracies and hurt economic ties with them over the longer term.

Fiscal policy will loosen to accommodate this year’s growth objective, despite the lowering of the headline budget deficit target to 2.8% of GDP, from 3.1% in 2021. On a Fitch consolidated basis, which includes infrastructure spending and other official budgetary activity outside of the headline budget, we forecast the deficit will widen to 5.8% in 2022, from 4.4% in 2021. The latter is about 3pp below our initial projection, based on the 2021 budget announcements, due to stronger-than-expected revenue and lower expenditure than budgeted.

The government will continue to use tax cuts and tax rebates to support growth, amounting to roughly CNY2.5 trillion (about 2% of GDP) in 2022, up from around CNY1 trillion in 2021. The authorities also hope to spur science and technology-related investments by providing full tax deductions on specified R&D spending.

Officials did not signal major changes to financial or monetary policies, but highlighted their intention to provide more robust support for the economy, including encouraging banks to cut fees and lower interest rates for loans. Fitch expects a 15bp cut to the de facto policy rate, the medium-term lending facility rate, and a 50bp reduction in banks’ reserve requirement ratios during 1Q22, which should provide a modest boost to credit growth this year.

The government is also focusing more on the property market, which continues to face strains. Officials vowed to keep prices and market expectations stable, and adopt city-specific measures to ensure the sector’s sound development. Fitch believes this implies further easing of local administrative measures and may add impetus to social housing construction. However, we believe policy adjustments will fall short of major nationwide changes, given a longstanding campaign against property speculation. Our outlook for China’s housing sales assumes a modest recovery in 2H22.

Comments Off on Infographic: The World’s Largest Nickel Mining Companies Posted by hku68eng on March 17, 2022 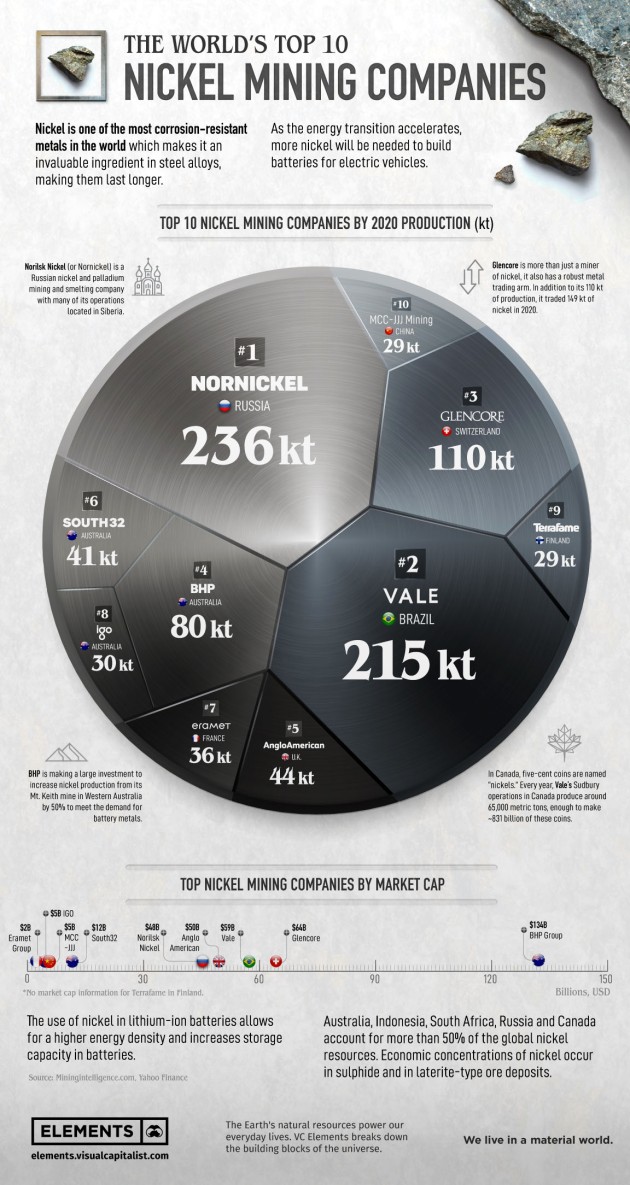 Breathing Dirty Air Could Raise Your Odds for Rheumatoid Arthritis

Comments Off on Breathing Dirty Air Could Raise Your Odds for Rheumatoid Arthritis Posted by hku68eng on March 17, 2022

Long-term exposure to air pollution can wreak havoc on your lungs and heart, but new research suggests another vulnerability: It may increase your risk of rheumatoid arthritis and other autoimmune diseases.

For the study, the researchers analyzed health information on more than 81,000 people in Italy submitted by more than 3,500 doctors between June 2016 and November 2020. Most of the patients were women (92%), with an average age of 65.

More than 9,700 (12%) of the patients were diagnosed with an autoimmune disease — including rheumatoid arthritis, lupus, inflammatory bowel diseases (such as ulcerative colitis), connective tissue diseases (such as osteoarthritis) and multiple sclerosis — during the data collection period.

The researchers also examined readings from 617 air quality monitoring stations in 110 Italian provinces where the patients lived, with a focus on levels of particulate matter (PM10 and PM2.5) air pollution. Levels of 30 µg/m3 for PM10 and 20 µg/m3 for PM2.5 are the thresholds generally considered harmful to human health.

Long-term exposure to PM10 above 30 µg/m3 and to PM2.5 above 20 µg/m3 were associated with, respectively, a 12% and 13% higher risk of autoimmune disease, according to the report.

Long-term exposure to traffic and industrial air pollutants was associated with about a 40% higher risk of rheumatoid arthritis, a 20% higher risk of inflammatory bowel disease and a 15% higher risk of connective tissue diseases, Giovanni Adami, from the rheumatology unit at the University of Verona, and colleagues found.

Their report was published online in the journal RMD Open.

This was an observational study, so it can’t establish cause, the study authors noted in a journal news release. However, they pointed out that previous research has linked air pollution to immune system abnormalities, and that smoking — which emits some of the same toxins found in fossil fuel emissions from vehicles and industry — is a risk factor for rheumatoid arthritis.