Never Too Late: Starting Exercise in 70s Can Help the Heart 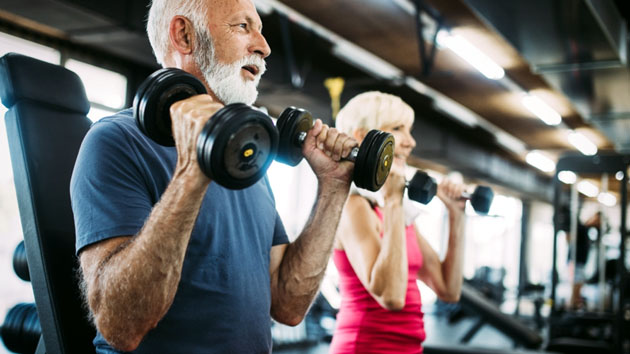 Here are some numbers that could add up strongly in your favor.

If you’re in your 70s and get 20 minutes a day of moderate to vigorous exercise, you may ward off heart disease in your 80s, new Italian research suggests.

In the study of close to 3,000 Italians over 65, regular exercise was linked with a 52% lower risk of heart disease among men. Women also benefited.

The greatest benefit seemed to occur at age 70. Risk was only slightly lower at 75 and no lower in the early 80s, the study found.

“Engaging in physical exercises daily is of great importance even in late life, but at the same time, the sooner one starts, the better,” said lead researcher Dr. Claudio Barbiellini Amidei, of the University of Padua in Padova, Italy.

“These results reinforce the importance of promoting physical activity at all ages,” he added.

Researchers stressed that this study doesn’t prove that exercise alone prevents heart disease, only that there appears to be a connection.

Dr. Gianfranco Sinagra of the University of Trieste in Italy, who wrote an editorial that accompanied the findings, agreed.

“Even a small amount of physical activity confers beneficial effects in older people, however this benefit is mostly evident when an active lifestyle is present early in late life,” he said.

He said the beneficial effect of physical activity may be due to its ability to slow down atherosclerosis. Atherosclerosis is a disease in which cholesterol plaque builds up in arteries, obstructing blood flow.

“Movement is medicine also in late life,” Sinagra said, calling on health care providers to urge younger patients who are inactive to get moving and maintain adequate activity to obtain significant benefits to heart health and life expectancy.

“The routine assessment and promotion of physical activity should become a standard in health care,” he said.

For the study, Amidei’s team collected data on close to 3,100 Italian seniors who took part in a mid-1990s study. It began in 1995 and 1997, and follow-up was done four and seven years later. Participants answered questions about their physical activity levels at each assessment.

The researchers also gathered information on income, education, smoking and drinking. They tracked the health of all participants via hospital records and death certificates through the end of 2018.

In all, complete data were available for more than 2,700 participants, of whom 60% were women. Throughout the study, more than 1,000 participants were diagnosed with heart disease, heart failure or stroke.

Increasing levels of exercise and maintaining an active lifestyle were tied with lower risks of heart disease and death in both men and women, researchers found.

The biggest reduction was seen for coronary heart disease and heart failure in late old age. No significant link between physical activity and stroke was seen.

“Regular physical activity has been associated with improved cardiovascular health, including lower risk of [heart attack], heart failure, stroke and premature cardiovascular death,” he said. “Studies have shown these associated benefits are seen across the lifespan in both men and women.”

There are many ways physical activity can reduce the risk of heart disease and improve function, he said.

“These findings suggest that at every age, it is not too late to derive health benefits from physical activity,” Fonarow said.

The findings were published online in the journal Heart.