Comments Off on Increase in U.S. Non-farm Payroll Slows in July Posted by hku68eng on August 7, 2020 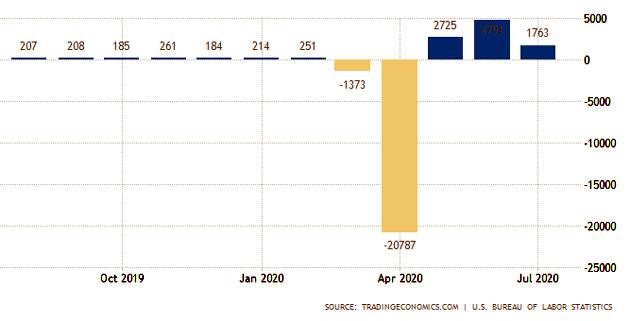 Comments Off on New York City Residents’ Wealth Drops $336 Billion From Year Ago Posted by hku68eng on August 7, 2020

The combined wealth of New York City residents shrank by an estimated $336 billion, or 13%, in the past year, exacerbated by the fallout from the coronavirus crisis in 2020.

The decline — measured as of June 30 compared with the previous year — is the biggest in dollar terms among major U.S. cities during that period, according to a report released Wednesday by research firms Webster Pacific and New World Wealth.

San Francisco, the nation’s second-wealthiest city, held up better, losing $105 billion, or 5% of wealth. The estimated number of billionaires there fell by two to 43 over the past year, while it dropped by five to 60 in New York.

Job losses, declining income levels, falling stocks and weaker high-end property values led to a 9% decrease in total wealth held in the U.S. during the first half of 2020, according to the report.

The U.S. is faring better than other nations in 2020, despite being among the hardest hit by Covid-19. The 9% drop in U.S. wealth compares with a 14% drop worldwide and declines of as much as 20% in countries like Russia and Brazil, according to report author Andrew Amoils.

Despite the damage, the U.S. is still the wealthiest nation on earth by a healthy margin, the report found. As of June 30, people living the in the country held $58 trillion in total, or around 30% of all wealth worldwide.

That averages out to net assets of $178,000 per person, making the U.S. the fifth in the world in per capita wealth, behind Monaco, Luxembourg, Switzerland and Australia.

The U.S. also leads the world in number of millionaires (4.7 million), people worth $100 million or more (8,600), and billionaires (690), according to the report, which estimates wealth by including all assets less any liabilities of private individuals. Government funds are excluded.

Comments Off on De-dollarization: U.S. Dollar’s Share of China-Russia Trade Settlement Posted by hku68eng on August 7, 2020 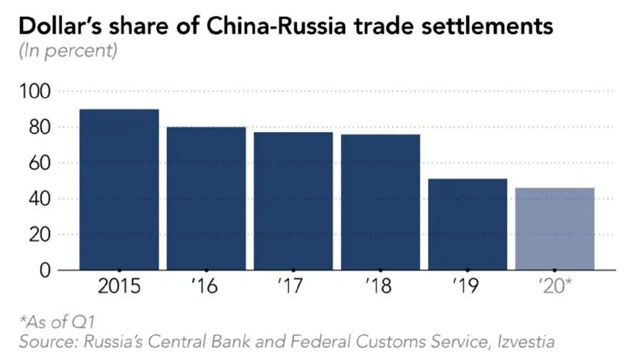 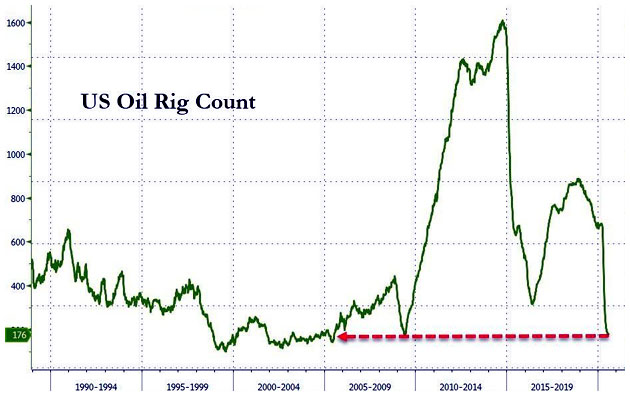